I had selected a few frames from Blassreiter. However, you can watch episodes 18 and 19 if you want to see them in sequence. I am willing to scramble up their order because I don’t think much meaning is lost by such scrambling.

Many fantasy battle shows feature attractive young people who are not so busy battling that they can’t find the time to fall in love and at least get as far as kissing and holding hands.  I might very well complain about such shows – I probably have complained about them at some point in the past. 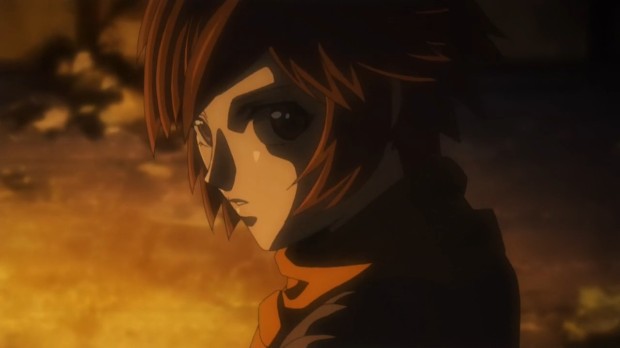 If these fantasy battle shows were taking place in a dangerous time, the young people might find that they did not have any time to fall in love.

Blassreiter has a lot of attractive young people. Spoilers below.

In the case of the character called “Snow,” the attractiveness is not just meaningless fan service. Certainly, the fact that she is so pretty gives the audience a reason to look at her. But also it provides a contrast to the violent battle scenes and body-horror transformation scenes.

Apparently Snow was given more development in the original manga. (I don’t know whether she ever got to kiss a loved one. ) In the anime version, she is put to good use. 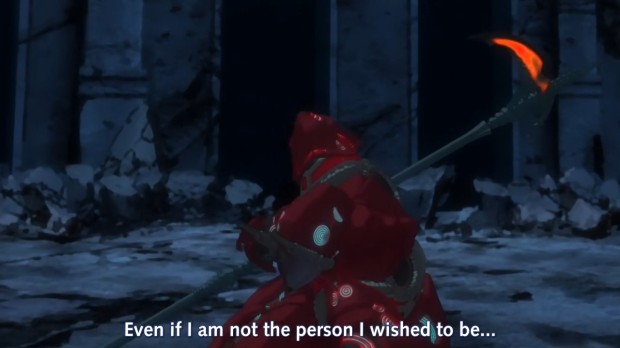 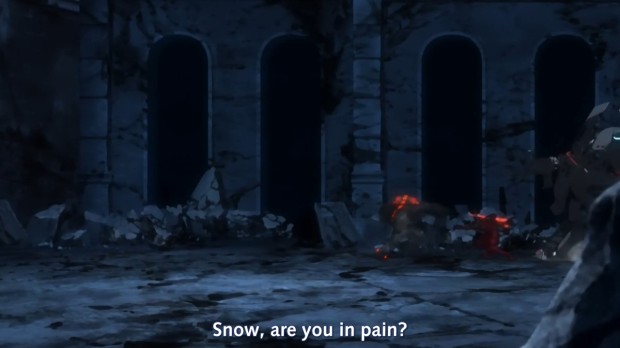 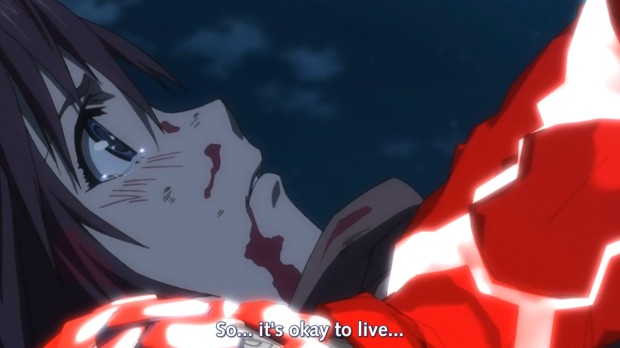 Blassreiter is actually very compatible with many Christian sentiments. The final scene in the final episode might be more than a little irksome to many Christian viewers, however. It’s worth watching, if only to motivate you to poke holes in its theological implications.