Gibsonian Cyberpunk is a special case of CALOMCOR fiction

Gibsonian Cyberpunk is a special case of CALOMCOR fiction 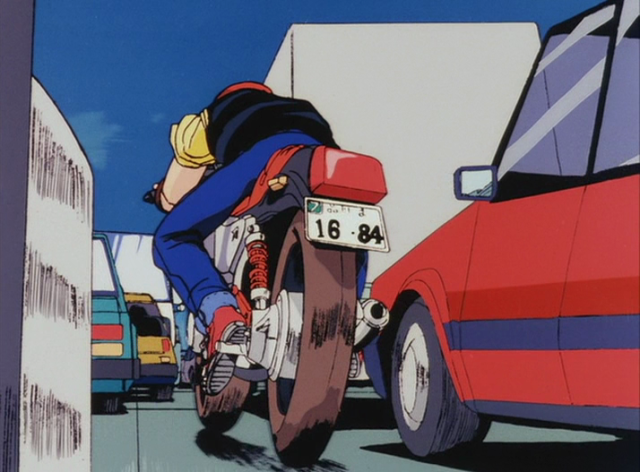 Gibsonian Cyberpunk is a special case of CALOMCOR fiction.

CALOMCOR is a loosely-defined category including fiction stories from multiple genres. Thus some Raymond Chandler stories are CALOMCOR; W. S. Maugham’s _The Razor’s Edge_ is CALOMCOR; the Harry Canyon segment of _Heavy Metal_ is CALOMCOR.

The nature of a CALOMCOR story is that the culture surrounding the protagonist is at least as important as the protagonist. Chandler’s fictional hero, Phillip Marlowe, is less vivid than Chandler’s depiction of the Los Angeles underworld. Maugham’s hero Larry Darrell is less important than the social circles of bohemians and mystics through which he moves. Harry Canyon is less important than the dystopian version of New York City that dominates the segment. James Dean starred in _Rebel Without A Cause_, but the protagonist of that story was less striking than the tremendously alienating middle class society that motivated him to rebel.

Protagonists of adventure stories typically have useful skills; in a CALOMCOR story, those skills are particularly appropriate to the culture in question; they highlight the characteristics of the culture. E.g.: The protagonist of Brunner’s _Shockwave Rider_ is less interesting than his culture, and while he is a genius computer programmer, the skill of computer programming is particularly appropriate to his culture.

The “Culture” in CALOMCOR is usually a marginal subculture. Many “exploitation movies” and related stories of vengeful, alienated antiheroes are CALOMCOR. Blaxploitation heroes like John Shaft have the sassy street-wisdom of the ghetto permeating all of their actions, surrounding them with haloes of Black-is-Beautiful. The fictional motorcyclists of “biker films” are permeated with a similar subcultural aura of alienation. Russ Meyer’s female characters can be considered to be a repressed minority insofar as 20th century women did not have all the legal rights desired by 20th century feminists; but even within the larger repressed class of women, Russ Meyer’s women were subcultural outliers.

The premises of CALOMCOR stories are:

1 – The protagonist has skills and tools available to lower- and middle-class people. The protagonist does not have access to exotic esoteric powers (like Lamont Cranston/The Shadow), nor does the protagonist start out with kingly privileges and wealth (like Elric of Melnibone). Because the protagonist can fight with a commoner’s weapons, the protagonist is a potential rallying point for lower-class resistance to social authority.

[This essay will be expanded later.]

Cyberpunk was the final hype storm encapsulating a pro-anarchy cause in Western fiction.

Segments like the “Harry Canyon” portion of Heavy Metal and the entirety of Deathrace 2000 and Escape from New York were being written in the 1970s. All of these were written by relatively young people who saw themselves as culturally marginalized. They resented the remnants of 20th century Christian respectability.

These stories were written to soothe the frustration of young middle-class men who knew how to start violence, but who were prevented from descending into actual physical violence by RESPECTABILITY.

These stories don’t have a good collective name, but the unifying theme is that the ethics of personal violence have supplanted the ethics of respectability. In “Harry Canyon,” the New York City attitude is codified into an impossibly anti-social culture. In Deathrace 2000, the antihero actually has an implanted weapon (which, like Wolverine’s claws, was a foretaste of the numerous implanted weapons of cyberpunk).

One can take examples from some episodes of Megazone 23 – mohawk boy kicking vending machine, hero breaking traffic laws, heroine trying to whore herself (but each episode has an extremely different authorial voice.)